This tutorial is for those who want to control the media volume on Android through their Gear 2. It can also be used without the Gear 2 part, if you are only interested in the tasks themselves.

First, make sure you were successful in getting Tasker to work with the Gear 2.
(I recommend getting that example app to run before continuing)

If you just want Volume Profiles to be triggered by Tasker, go to the bottom of this post!
If you want two separate buttons to increase/decrease the volume, follow these steps:

A task/app for increasing the media volume:

If everything works fine, we can create the second app for the Gear 2:

A task/app for decreasing the media volume:

How to turn on notifications on the Gear 2:

Check the [Guide] How to set up Galaxy Gear 2 for non Samsung devices for errors.

Volume profiles for the Gear 2:

Yes, lots of steps but once you create 2-3 apps, everything will seem easier 🙂 Now enjoy your new apps for controlling your phone with your Gear 2 while going for a run!

Similar apps can now be easily created, for example: increasing/decreasing any other type of volumes on the phone (ringer, alarm, notifications, etc.) but the media volume should be the most useful. For complex alarm/ringer settings, use Volume profiles.

Getting Tasker to work with Samsung’s Gear 2

After a lot of troubleshooting, a rom reinstallation and a couple of workarounds, I can now finally start Tasker tasks, from my Gear 2 Neo, on my Galaxy S3, which in turn can control almost anything on the phone itself, my laptops or other devices! 🙂

Before this, I was only able to send notifications from Tasker to the Gear 2, which is also cool but controlling your smartphone with your smartwatch gives you endless possibilities!

Back to the tutorial. There are two ways to get this working:

Regarding point 1: I can’t really help with this, as I have a Galaxy S3 with a custom rom installed (SlimROM 4.4.4) and I had to follow the xda guide from point 2. for it, but it should work out of the box and even easier. Just make sure you have Gear Manager installed from the Samsung app store and then go to the steps further below.

Regarding point 2: after following the xda guide from the link above and connecting your Gear 2 to the phone, you also need to be able to receive notifications and also install apps from the GALAXY Apps store correctly, not only the stand-alone apps but also those that install on the phone too! This usually gave the “Installation Failed. Try Later.(0)“ error, until yesterday, but thanks to a discovery from @drakenjin on xda, and my install tips, you should be able to fix these errors like this:

After installing everything and have OP’s version of samsung apps, even if you go to Settings -> Apps -> GALAXY Apps to disable it, you will see there are only two buttons: Force stop and Disable. Clicking on Disable just disabled it and no popup for factory reset of the app appeared.Then I opened samsung apps and I was prompted to update, so I did. After updating, the version was 14070105.01.021.1 and now, after going again to Settings -> Apps -> GALAXY Apps, you will see three buttons: Force stop, Uninstall and Disable. Clicking on Disable now opened the popup to reset the app to it’s factory settings. Reset it and follow @drakenjin’s post and click Phone here to download and install the new GALAXY Apps store on your phone.After this I had version 14070905.01.025.1, even if I’ve updated before disabling.

If everything goes well, you should be able to install anything from Samsung’s app store, to the Gear 2 and phone, especially the free launcher that we need for everything to work. 🙂

Assuming you went through either 1. or 2. successfully and you have installed GALAXY Apps, Gear Manager and connected to your Gear 2, follow the next steps:

Tasker App Factory is the actual workaround here, as LaunchGear supports only apps but not shortcuts to Tasker tasks (for now). With the App Factory you can export tasks from Tasker as separate applications which LaunchGear can then execute. (see example below)

Until I’ve reinstalled SlimROM, I always had problems with App Factory apps force-closing on me (“Unfortunately, … has stopped.“) but now with Tasker v4.4 (final) and the latest App Factory, it finally works perfectly! Not sure what got fixed for that, the rom or the apps.

And these are pretty much the basics. Not to mention what other complex apps could be created! Have fun and thanks go to @CarbonWyre, @drakenjin, Heedeok Lee, and other users from the XDA thread mentioned above.

For more information, check out my XDA thread on for this tutorial, but I plan on updating this post with more tips and tricks!

A couple of years ago, one of Romania’s main ISP’s (Romtelecom) started having this router as an option for their customers for a small fee or for “free”, depending on their contract. Nowadays, those who switched to the competition (RDS) even in the rural areas, find these DSL routers obsolete and sell them for 10-15€ or less, which is rather cheap considering the advantages listed below.

I’ve got both of mine for free from friends that didn’t need them anymore 🙂 Some pictures:

Some were able to install DD-WRT and OpenWRT on this model. I didn’t try it yet but having DD-WRT on my main (TP-Link) router got me tons of extra functionalities which would go hand in hand with the Huawei routers. And connecting all of them together, in a better way than right now, would be a nice upcoming project – for which this blog is more intended.

Until then, please check out Claudiu’s posts regarding the HUAWEI HG655b. 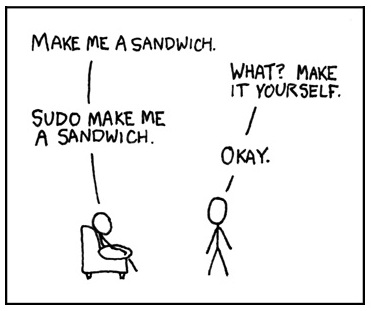